Depth of field can be adjusted and varied from one image to the other. It depends essentially on the image and the result that the photographer is looking to achieve. A landscape image, for example, require one to have a large depth of field. It essentially means that the image need to have a large part of the composition sharp in focus. Conversely, an image of a flower isolated from its background require that you blur out the background. A large part of such an image will be out of focus. The same goes for a small subject like a wedding ring, or even a subject which is a little bigger, a face.

What parameters control depth of field?

Depth of field is controlled by a number of parameters. Here we shall learn about a few of them.

Probably the single most important parameter that controls depth of field of your images. Aperture refers to the size of the opening of the lens on your camera. Aperture is a small hole at the front end of every lens. The size of the hole determines how much light enters the camera at any given moment. However, the same parameter also determines another aspect and that is depth of field.

A larger f-number when combined with one or more of the following techniques explained in this tutorial can produce a vast depth of field. Let’s take an example. 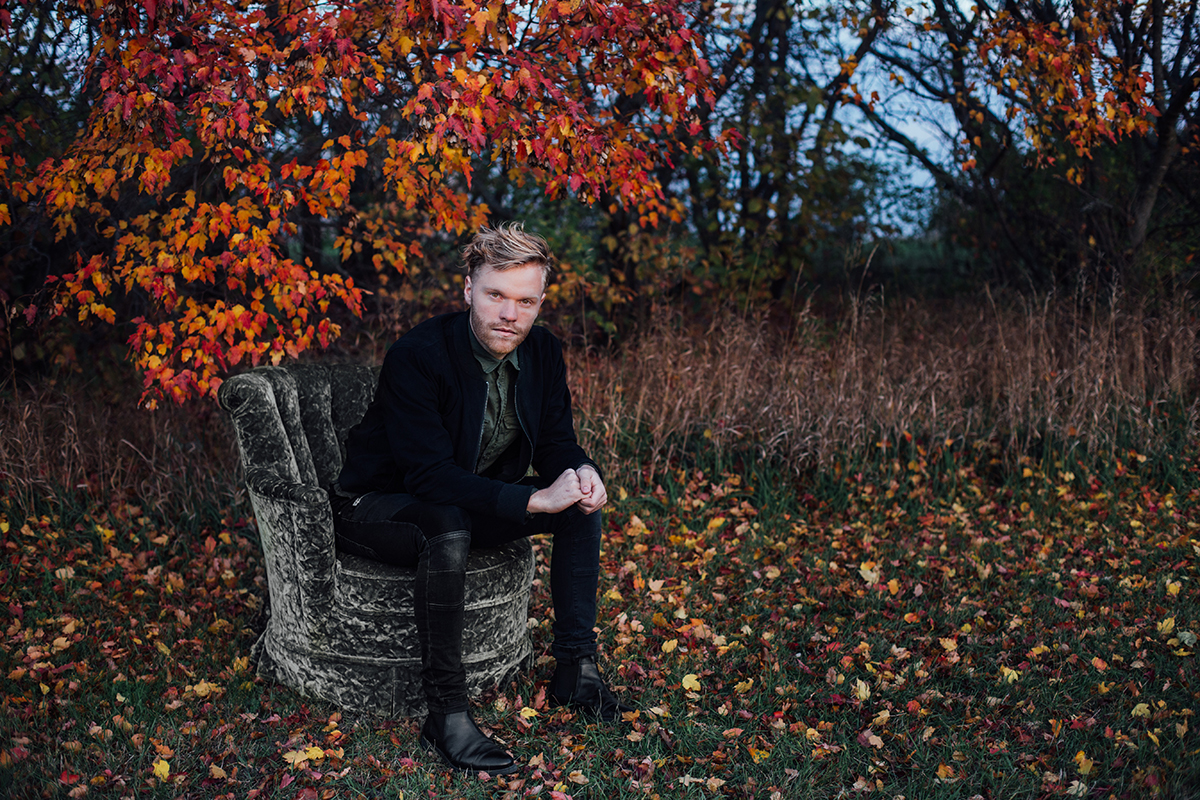 This image represents a reasonably large depth of field. It is achieved by stopping the lens down to a very large f-number (small aperture) and by asking the subject to sit further away from the camera (a technique explained below). The result is a large depth of field. Much of the foreground is in focus as well as some of the background. 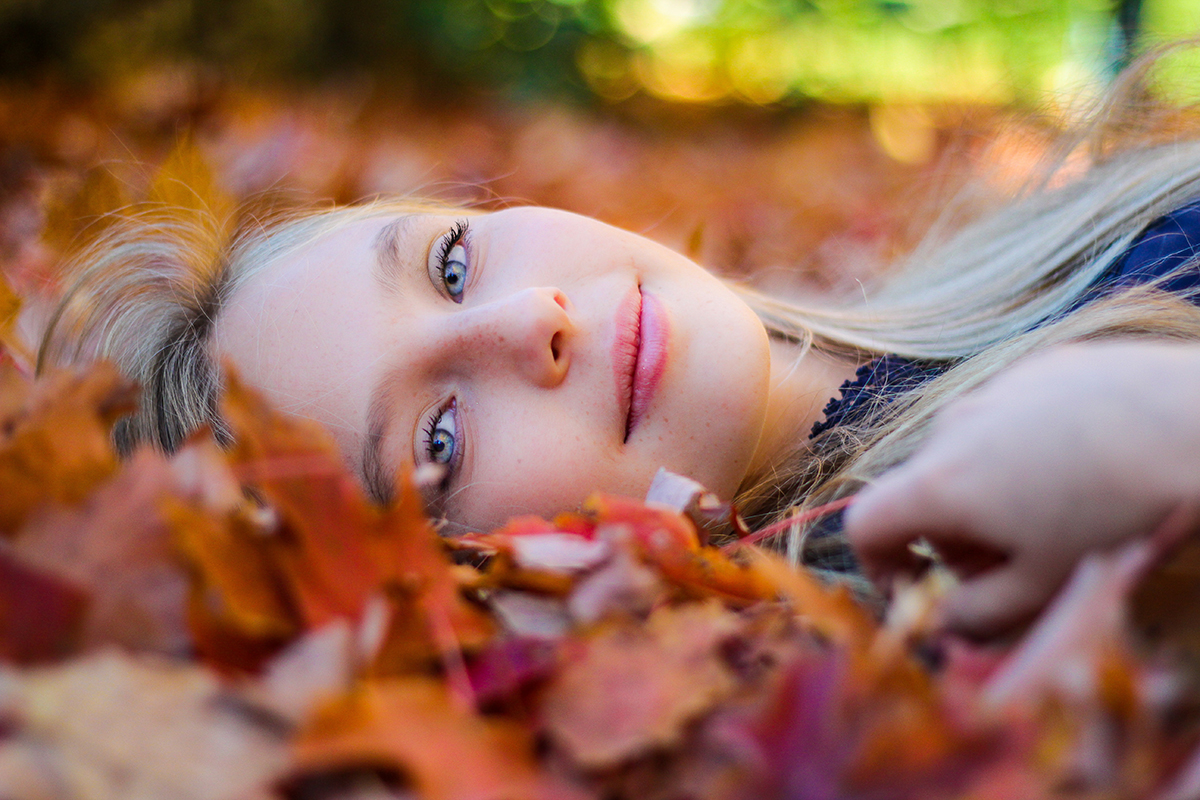 Comparatively, the next image is shot with a large aperture (small f-number) and probably from a close distance to the subject, rather than using a long lens and then shooting from further away. The result is that the background remains very far from the subject and thus is out of focus. Plus, the use of a small f-number ensures that much of the frame outside the point of focus is also blurred. All this put together creates a small depth of field. If you notice carefully, some of her hair on the left of her face is out of focus. Thus, it is presumed that the depth of field is a mere few centimeters.

Shallow depth of field is used to selectively focus on certain aspects and highlight them in the final image. Take a look at this image below – 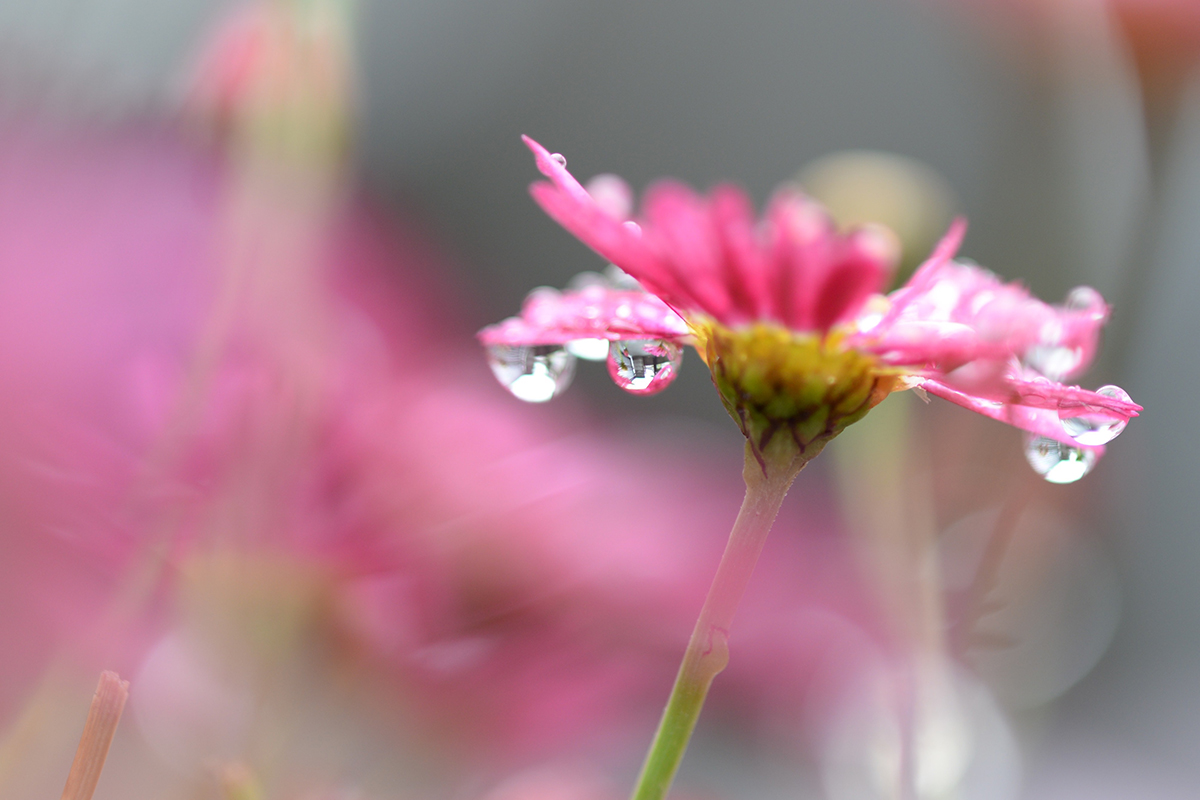 This image is a good example of how a photographer can use the technique of selective focusing to highlight a small aspect of an image. In this image above, the small f-number (and resulting small depth of field) is utilized to highlight drops of water on the flower. As a matter of fact the point of focus is the second drop from left.

This concept is used when shooting landscapes and or environmental portraits or even architecture. The subject along with the background are both required to be in acceptable focus. This is achieved by using a small aperture and taking a few steps back or asking the subject to take a few steps back. 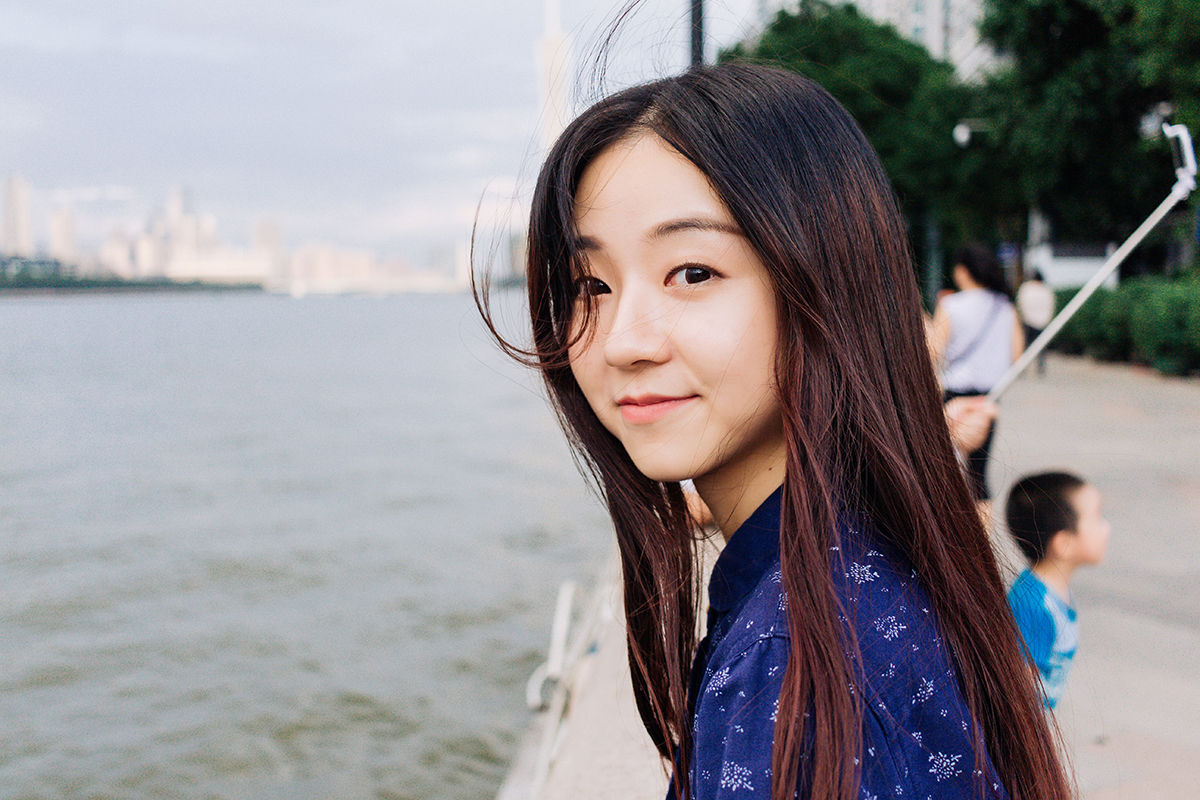 In the above image the subject is standing at a very close distance to the camera. Resultantly, all of the background is out of focus. 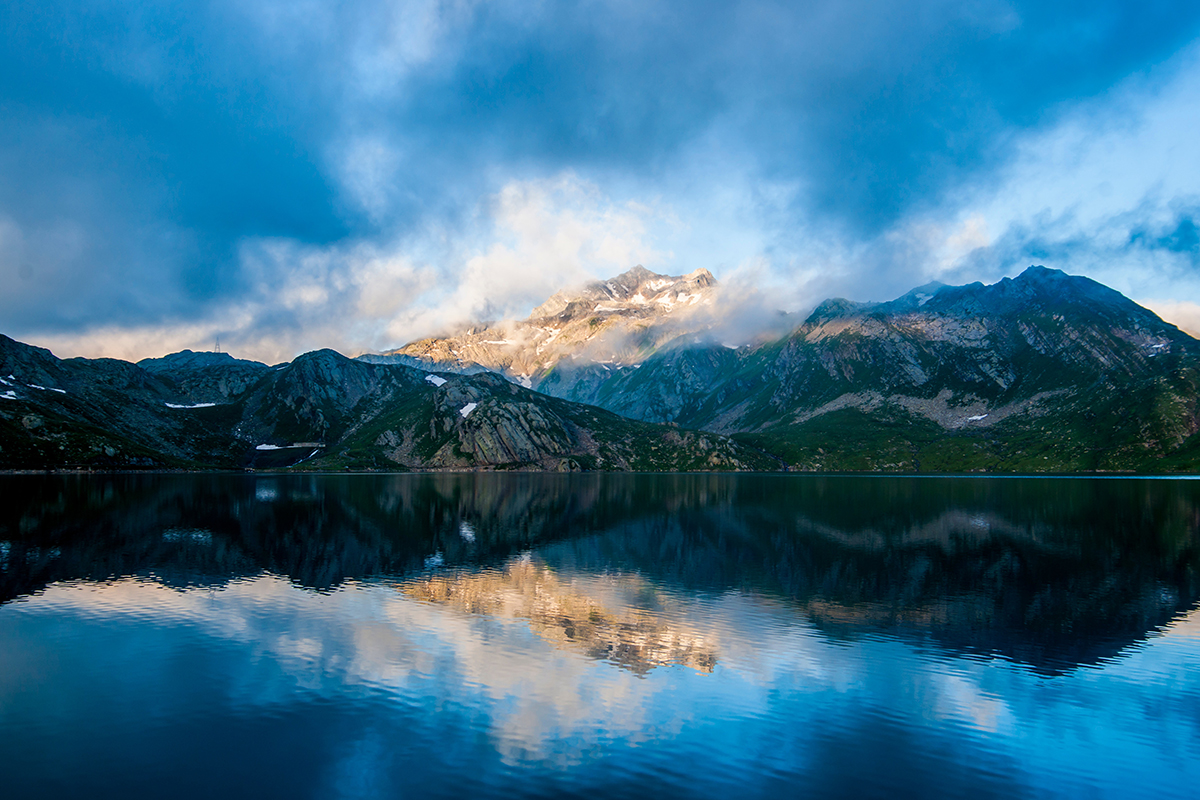 The above image is an example of a landscape scene, something that is associated with a vast depth of field. Invariably when a photographer shoots such an image the subject is much further away and a wide angle lens is used. But apart from those details a small aperture (large f-number) is a must. A small aperture ensures much of the frame is in focus. 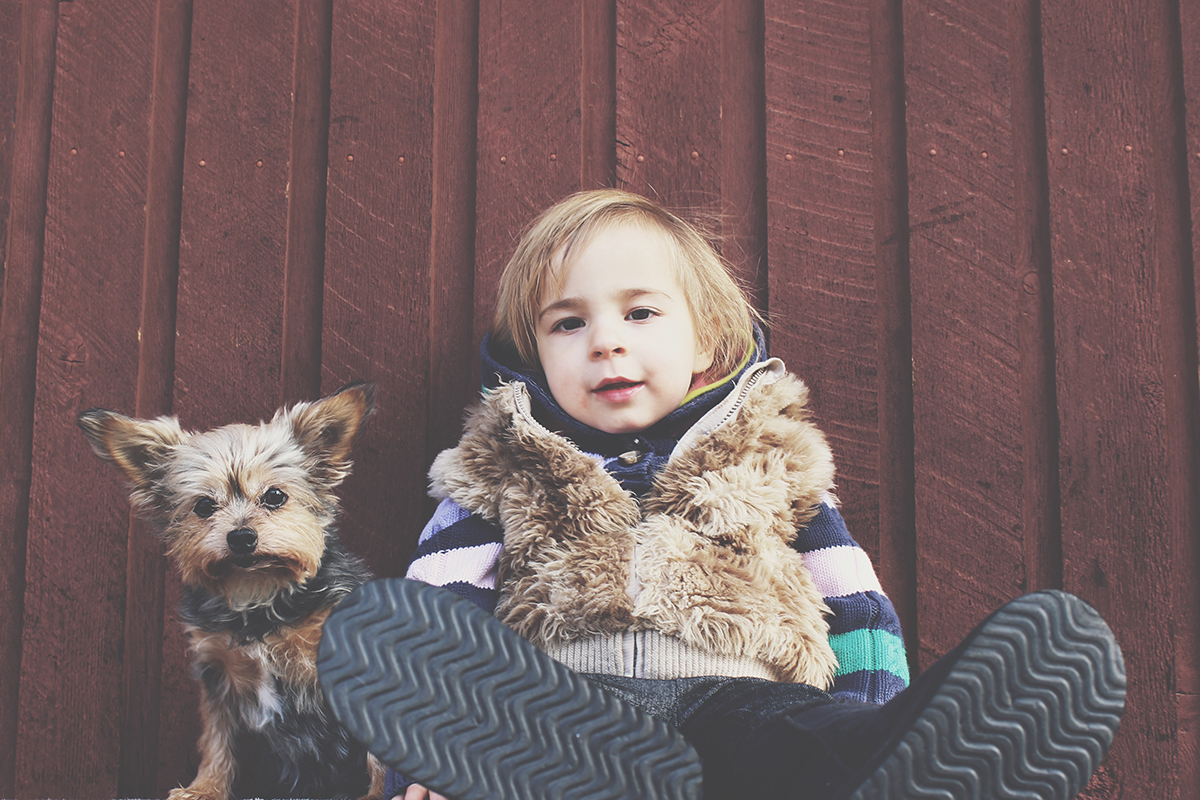 The above is an example. The subjects in the image, the child and the dog are sitting against a fence. There is no space between them and the fence resultantly putting them on the same plane of focus. Resultantly, the whole of the image is in focus here.

While we are discussing focal length it is pertinent to consider yet another aspect; sensor size. Sensor also has a bearing on the depth of field of your images. Larger the sensor, shallower is the depth of field. However, this aspect is fixed once you have committed yourself to a platform / brand. You can’t change that every image. But you can do that using a zoom lens.

Focusing distance is also an important parameter that governs the depth of field of your images. Let’s say you have a landscape scene with a human subject standing about 10 feet from you. If you focus on the human subject much of the background will be out of focus. Alternatively, if you focus on the background, the subject will be out of focus. This you already know by now. When you are adjusting focus of your lens you are basically altering the distance at which your lens is focusing. Some lenses have focusing distance marker on them. This marker is very useful. Most new lenses don’t have this marker.

There is something called Hyperfocal Distance in photography. Hyperfocal distance is that distance which maximizes the depth of field of your images when focused at. It changes according to the particular lens and camera (sensor size) that you are using along with a few other parameters. It is a difficult calculation to be done out in the field. The Hyperfocal distance is calculated based on a complicated amount of data. It involves the focal length of the lens, camera sensor size, aperture selected and subject to camera combination. The best solution would be to print a chart that gives you the values like a ready reckoner.

When the lens is focused at the hyperfocal distance half of the distance between the plane of focus to the camera and all the way up to infinity would be in acceptable focus. You would probably have heard some photographers say selecting a small aperture and then focusing one thirds into the frame from the bottom tend to give the maximum depth of field. It is not the most accurate of methods to get a large depth of field. Focusing at the hyperfocal distance, if you can manage to keep a chart with you, is the best and the most scientific method for getting maximum depth of field.